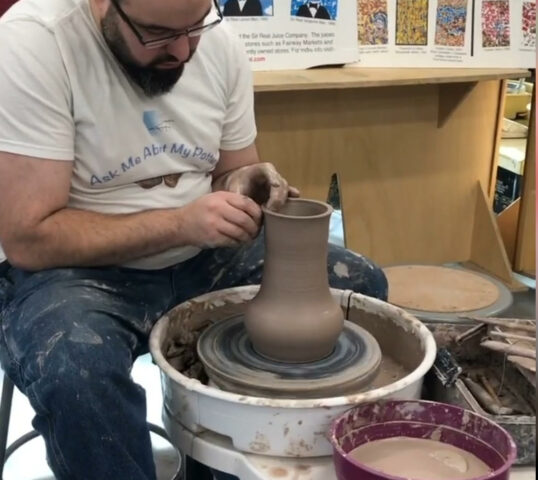 Dominic Sparano has been working in ceramics for 20 years. He took his first ceramics class at Nassau Community College and proceeded to Adelphi University where he graduated with an M.A. in studio art. After college he began his career as a ceramic technician working at Nassau Community College and Dowling College. Over the past 15 years he has worked at numerous studios in New York City and Long Island.

In 2014 Dominic took a job as a production potter working for the LA Bottega restaurant franchise making their serving ware for 4 locations. He now specializes in functional ware that is clean, durable and comfortable to the touch. Conversely, he also loves to produce decorative vases with intricate carving and decoration.